You are here: Home » Blog » Celebrity Self Tanning » Are A-Listers Like Bradley Cooper Self Tanning? 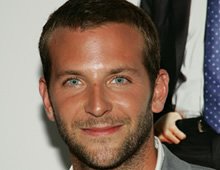 With all the hype surrounding Hollywood’s recent awards shows, it appears the men of the red carpet have been the center of the A-Lister’s gossip ring.

And no- it’s not for looking handsome, or wearing that amazing Tom Ford tuxedo.

They’re actually taking some heat for self tanning!

When I read that, my jaw dropped.

I (along with millions of other women) thought the bronzed studs such as Leonardo DiCaprio, George Clooney and Bradley Cooper, looked great.

For some reason, there seems to be a stigma surrounding men using self and spray tanners.

Since when is self tanning only for women?

I know many men who want to maintain some color without damaging their skin, and I’m sure you do as well.

I for one, am more likely to notice a guy who has a nice tan going on, rather than one who is so white you can see his veins (although Edward Cullen may be the one exception).

When I see a man who is extremely pale, I think he looks sickly and that he spends too much time playing video games ;)

When a man has a a nice self tan (even if it’s just a little), he tends to look healthier, and it also shows he takes pride in his appearance.

Men should be encouraged to use self tanners, it’s a great alternative to tanning beds and/or laying in the sun (both which can lead to skin cancer and wrinkles).

There are also many self tanners out there that are specifically geared towards men.  Big names such as Fake Bake and Anthony Logistics for Men have created tanners that cater to men!

Truth be told, both men and women can benefit from self tanning (not just Bradley Cooper).

By applying self tanner, you can automatically accentuate muscles, cover imperfections, smooth out your skin tone and even mask cellulite.

To me, it seems like a no-brainer to use one right before a national awards show.  I’m sorry, but no male (or person) should get ridiculed for trying to better their appearance.

This goes for all you women out there as well.

Now, I’m not saying to over-do it.

You don’t want to end up looking like a cast member from Jersey Shore.  But a little color or sunkissed glow never hurt anyone.

Jessica Biel and Angelina Jolie both looked amazing at the 2014 Oscars, and do you know what they had in common?  That’s right, a tan!

There’s nothing worse than seeing one of Hollywood’s hottest bombshells blend in with her ivory/white dress.

Now, don’t forget self tanning is not just for A-Listers, and it’s definitely not just for red carpet events.

Maintaining your tan on an ongoing basis will help boost your confidence, not to mention make you more attractive to the opposite sex.

But most importantly, self tanning will save your skin.

You’ll be thanking yourself years down the road when you avoided wrinkles from tanning beds, or even worse, skin cancer.

So overall, there aren’t many downsides to self tanning.

Hey, if celebs like Bradley Cooper and Leonardo DiCaprio are doing it, I’d say it’s worth a try!

Emily Andrews is the Editor-In-Chief of SelfTanning.com. As you can imagine, Emily loves anything and everything having to do with self tanning! She's also a big fan of shopping (duh), tiny Yorkies and football.
« Sephora Tinted Self Tanning Body Mist Review
Kate Somerville Self Tanning Towelettes Review »